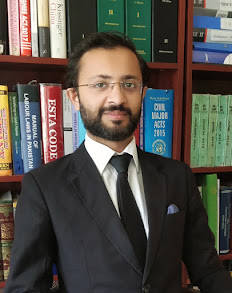 Article by Umer Ijaz Gilani In The News 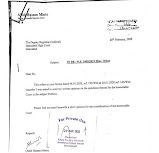 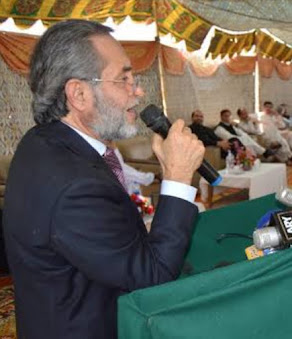 Grateful to Barrister Aimal Khan Kakar, our Quetta-based colleague for his assistance

Force Majeure amidst Corona: What does Pakistani Law say?

Have Contracts been Voided because of Corona?
A Summary of Pakistani Law on “Force Majueure”
By Umer Gilani
and Omer Imran Malik,
Law and Policy Chambers

Since mid-March, Pakistan has been in the grip of an emergency situation because of COVID-19.  On 17th March, 2020, the Government of Sindh issued orders for a partial lockdown. On 23rd March, 2020, the Prime Minister of Pakistan, in a televised address, promised to follow a different policy. However, the same day, the PTI-led Government of Punjab also followed the example of Sindh. That day, the Home Secretary of Punjab issued Notification No. SO(IS-II)1-1/2004 under Section 144 of Code of Criminal Procedure, 1898. Although Punjab did not call it a “lockdown”, it was, for all effects and purposes, the same thing. The next day, the Deputy Commission of Islamabad Capital Territory also passed similar notifications.  As a result, it became illegal to open almost all kind of workplaces other than pharmacies and groceries.

As a result of the lockdown, most enterprises in Pakistan (not just exporters) have not been able to generate any substantial business in the last three weeks. In the context of this emergency situation, the legal questions which naturally arise are:

Are enterprises still bound to pay rent for the post-Corona period?

Are enterprises still bound to pay interest on loans to financial institutions?

Are enterprises still bound to complete those contracts which they had partially performed pre-Corona?

The short and sweet answer to these legal questions is:  It DEPENDS. That may not be the re-assuring, one-size-fits-all answer you were looking for. But that is, in fact, the answer.

The primary legal text which you should read and understand in this situation is the second part of Section 56 of the Contract Act, 1872.  It’s simple English and you don’t have to be lawyer to read this:

From a plain reading of this text, it is clear that you can walk out of your contract if you can establish either of these two situations: it has become “impossible” to perform; or it has become “unlawful” to perform.

As you analyze your situation in the light of Section 56 of the Contract Act, please bear in mind that contract law is an area of law where facts are critical. Even in the backdrop of the same emergency, the facts of each case can vary widely. Therefore, it is not possible to give a one-size-fits-all answer to this question.

In addition, you must also carefully read the “force majeure” clause of your contract, if at all there is such a clause in your contract. If you have a clause like that, read it closely, ten times. The language of every person's contract is different; and the sum total of my review of case law is that language of force majeure clause matters.

Please note that in Pakistan “force majeure” clauses rest on purely contractual footing. Our situation is, in this regard, radically different from that is civil law countries  such as Europe, China, Japan and Arab world etc. where the doctrine of force majeure – a doctrine whose origins can be traced back to Roman law and the Shari’ah – is codified in statutes. If you search for the word force majeure in our Contract Act, 1872, I am afraid you won’t find it. Section 56, which is based upon the English law doctrine of ‘frustration’, is the closest you will get.

To sum up, roughly speaking, whether you can walk away from your contractual responsibility on account of the present situation depends, essentially, upon two things:

(i) Whether, in the present situation, performing your part of the contract has actually become “impossible” and not just “inconvenient”? and

(ii) whether the language of the “fore majeure” clause in your contract, if at all there is such a clause in there, adequately covers the situation at present.

In my next post, I will be providing a more detailed exposition of how Pakistani courts have, over the years, interpreted the term “impossibility” used in Section 56 of the Contract Act. I will also be providing you examples of situations where Pakistani courts have allowed party to invoke “force majeure” clauses. Because we are a precedent-based legal system, analysis of case law is essential to come to any conclusion about whether you can skip this month’s rent payments and interest payments.

If you are a lawyer yourself, the three most important cases on this subject which I recommend you to read are: Atlas Cables case 2016 CLC 1677 (Islamabad), Quinn Corporation v. Raw Cotton Corporation 2004 CLD 1040 and Kadir Bakhsh v. Province of Sindh 1988 CLC 171

The Law and Policy Chambers is a collective of lawyers and non-lawyers who work together to produce innovative and effective solutions for a wide variety of clients. We are not just a law firm. We are a law and policy firm.

The lawyers who are a part of this collaborative are busy practitioners who regularly appear before the courts and also handle commercial transactions.The policy professionals and social scientists who collaborate with us are eminent experts in their own respective disciplines.  The Chambers taps into the synergy which is created by adding these talents up. The Chambers is the first collaborative of its kind in Pakistan which forges legal expertise with non-legal expertise. Our clients include states institutions as well as development sector organizations.

The firm encourages its partners and consultants to publish op-eds, policy papers and journal articles and to engage even otherwise in public discourse on legal and governance issues.
Home
Subscribe to: Posts (Atom)